There are some outstanding and award-winning documentaries, news reports and videos on the problems of single-use plastic and the solutions and alternatives. Many famous people and celebrities get behind the campaigns to lobby governments, work with industries and encourage the rest of us to help stem the tide of plastic production and pollution: Sir David Attenborough, Prince Charles, Ellen MacArthur and Jeff Bridges to name but a few. Here is a small selection I can highly recommend.

Dirty Business: what really happens to your recycling?

Thousands of tons of plastic scrap collected for recycling from British households have been transported and dumped on sites across the world. Sky News follow the trail of the UK’s plastic waste through the country and around the world. Can Britain cope as the largest importer of our recycling shuts the door? 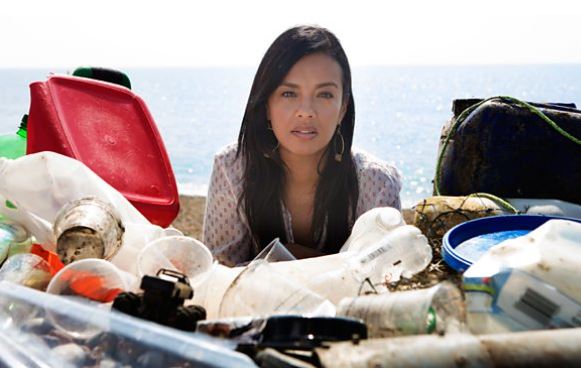 If you missed this excellent and comprehensive documentary on the BBC, you can still catch up on it in two parts on dailymotion,com. Wildlife biologist Liz Bonnin works with some of the world’s leading marine biologists and campaigners to discover the true dangers of plastic in our oceans. The documentary took one year to make and my only criticism is that they could have talked more about the powerful option of individuals refusing to buy plastic packaged products.

Drowning in Plastic, Part one

Award-winning short film for the new single by Tankus the Henge. Made entirely using found or recycled materials, Tankus the Henge and Trukitrek Puppet Company have dreamt up an animation that is beautiful and poignant. Tankus the Henge fully support the 2018 Plastics Bill sponsored by (British) MP Geraint Davies, which will bring forward the ban of non-recyclable plastics to 2025. To make a difference share this video & (if in the UK) email your MP to ask them to support the Plastics Bill.

The Story of Stuff

The Story of Stuff is a 20-minute, fast-paced, fact-filled look at the underside of our production and consumption patterns. The Story of Stuff exposes the connections between a huge number of environmental and social issues, and calls us together to create a more sustainable and just world. It’ll teach you something, it’ll make you laugh, and it just may change the way you look at all the stuff in your life forever.  http://storyofstuff.org

And for all you fact checkers out there: http://storyofstuff.org/movies/story-…

Bristol Family tries living without plastic for a week, March 2018

A three part BBC news report about a family in Bristol attempting to avoid all single-use plastic for 10 days. The BBC brought the family to our house so we could show them how we do it. We had such fun with them and their kids and journalist Jon Kay. The next two parts show how Liz and Andy got on and then a final debrief and short meeting with Michael Gove.

‘Nobody thought this through’, by The Irish Times, April 2017

Scientists at the Marine and Freshwater Research Centre at the Galway-Mayo Institute of Technology are trying to find out how plastic pollution is impacting the environment and human health. Video: Kathleen Harris. Watch it here 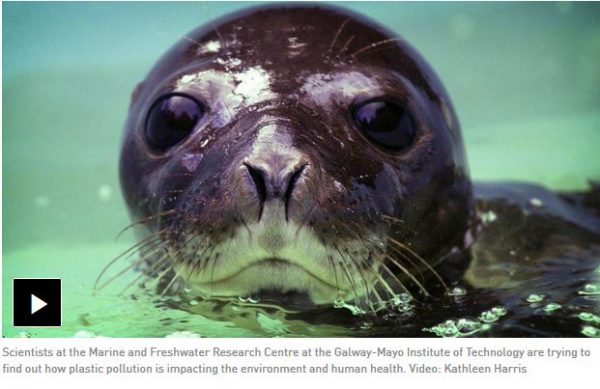 This excellent 45 minute documentary is a must see! Available to view online for free, it contains latest research from the UK and abroad. Hard hitting, intelligent, accessible and to the point. It also makes you realise that there are a lot of amazing people out there! Prepare to be crushed, moved and called to action, all at the same time. Read more about Sky News Ocean Rescue here.

‘The Smog of the Sea’, by Jack Johnson

The Smog of the Sea chronicles a 1-week journey through the remote waters of the Sargasso Sea in search of the famous “garbage patches” in the ocean’s gyres. Marine scientist Marcus Eriksen invited onboard an unusual crew to help him study the sea: renowned surfers Keith & Dan Malloy, musician Jack Johnson, spearfisher woman Kimi Werner, and bodysurfer Mark Cunningham become citizen scientists on a mission to assess the fate of plastics in the world’s oceans. Available to stream online for a limited time only. Very watchable and informative!

The UK charity The Plastic Oceans Foundation assembled a team of the world’s top scientists and leading film makers to produce a powerful documentary that will play a key role in sending out the message to the world. The team is headed up by film producer Jo Buxton who was involved in some epic programmes in the past, including Blue Planet, Pacific Abyss, and LIFE.  She brings years of experience of working within the BBC Natural History Unit on wildlife documentaries to the Plastic Oceans programme. The film has won awards and is currently shown wherever people and institutions have organised a showing, including universities, schools, festivals and community cinemas.

Scottish charity Fidra’s first project is The Great Nurdle Hunt. It aims to end further industrial plastic pellet or ‘nurdle’ pollution into Scottish seas. With the support of the local plastic industry Fidra want all companies handling nurdles in Scotland to sign the ‘Operation Clean Sweep’ pledge. With their help we can achieve zero nurdle loss across Scotland and challenge the rest of the UK to do the same. Find out more at www.fidra.org.uk

The New Plastics Economy and the Ellen MacArthur Foundation:

Applying circular economy principles to global plastic packaging flows could transform the plastics economy and drastically reduce negative externalities such as leakage into oceans, according to the latest report by the World Economic Forum and Ellen MacArthur Foundation, with analytical support from McKinsey & Company. Here is an excellent short video: New Plastics Economy Initiative:

Jeff Bridges has a message for us. And it’s loud and clear. Do watch this through to the end – otherwise you will only see the depressing bits and miss the practical advice about the little but vital changes we can all make to our daily routines. Show this to your kids – they understand stuff like this intuitively. Thank you to the Plastic Pollution Coalition for this video and their amazing work.